Concert «The man with the guitar» National Palace, Chisinau, 2015 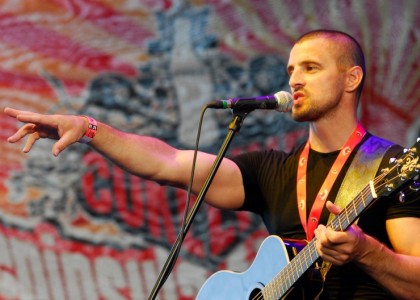 On June 13, 2015, in Chisinau was organized a concert under the brand Sens Music, at which the artist Pavel Stratan made his debut, so much loved not only on the local market but also in Romania.

The concert took place in the hall of the National Palace "Nicolae Sulac", with the title "Man with Guitar".

From school, Pavel Stratan played guitar, after which he started writing lyrics. In 2002, he released his first album entitled "Childhood Memories". Even in the first months, the album was a huge success: in the first month 7 thousand copies were sold, and in the second month - almost 50 thousand units.

Pavel Stratan, through his music, manages to arouse in his audience intense and unforgettable emotions. Through his music and charisma, he gathers spectators of all ages, who hum his songs throughout the concert.

His music cannot be attributed to a single genre: it is a mixture of folk, R&B, and traditional music, but this aspect makes him unique as an artist.