The 6th edition of Gustar hosted for 3 days the hottest summer emotions and unforgettable musical performances of national and international artists.

For 3 days, the festival hosted unforgettable musical performances together with Valy Boghean Band, Nikoleta Nucă and Live Band, Cuibul, Bravissimo, and many others that deserve all the public's admiration. The surprises of the event were the performances made by renowned performers and bands, such as Figli di Madre from Italy, Loredana and Vanotek from Romania, Vali Boghean from the Republic of Moldova.

Among the crowds of people, you could hear visitors speaking different languages, which made us proud because the echo of our country reached beyond its borders.

At this time too, visitors did not miss the exhibitions, workshops, tastings of traditional delicacies, and Moldovan wine.

The last day of the festival was filled with a nostalgic summer atmosphere, as this year's Gustar experience came to an end. The last musical note belonged to Loredana from Romania, who managed to unite the audience in bold dance. 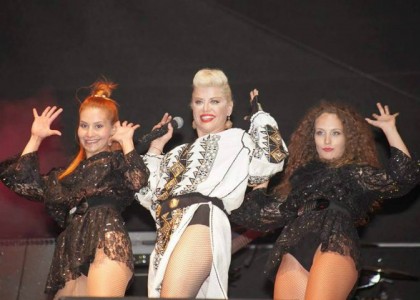